Referring to Jiu Jitsu as an individual sport is accurate to an extent. After all, it is one-on-one grappling and competing. However, Jiu Jitsu is more of a team sport than a lot of us realize, and this was explicitly clear when Team Casarez competed in the FUJI tournament on April 25 in our hometown of Cary, North Carolina.

The weeks leading up to the tournament included extended rounds of rolling. Students who were not planning to compete contributed to the training of their teammates by pushing themselves during these 8-10 minute rounds. The entire gym, competitors and noncompetitors alike, stepped up the training intensity in preparation for the upcoming tournament. As tournament day approached, you could hear a lot of students asking their teammates about game plans, how they felt, offering advice, and encouragement.

On the day of the tournament, teammates who were not competing took the time out of their weekend to show up and support their fellow students. 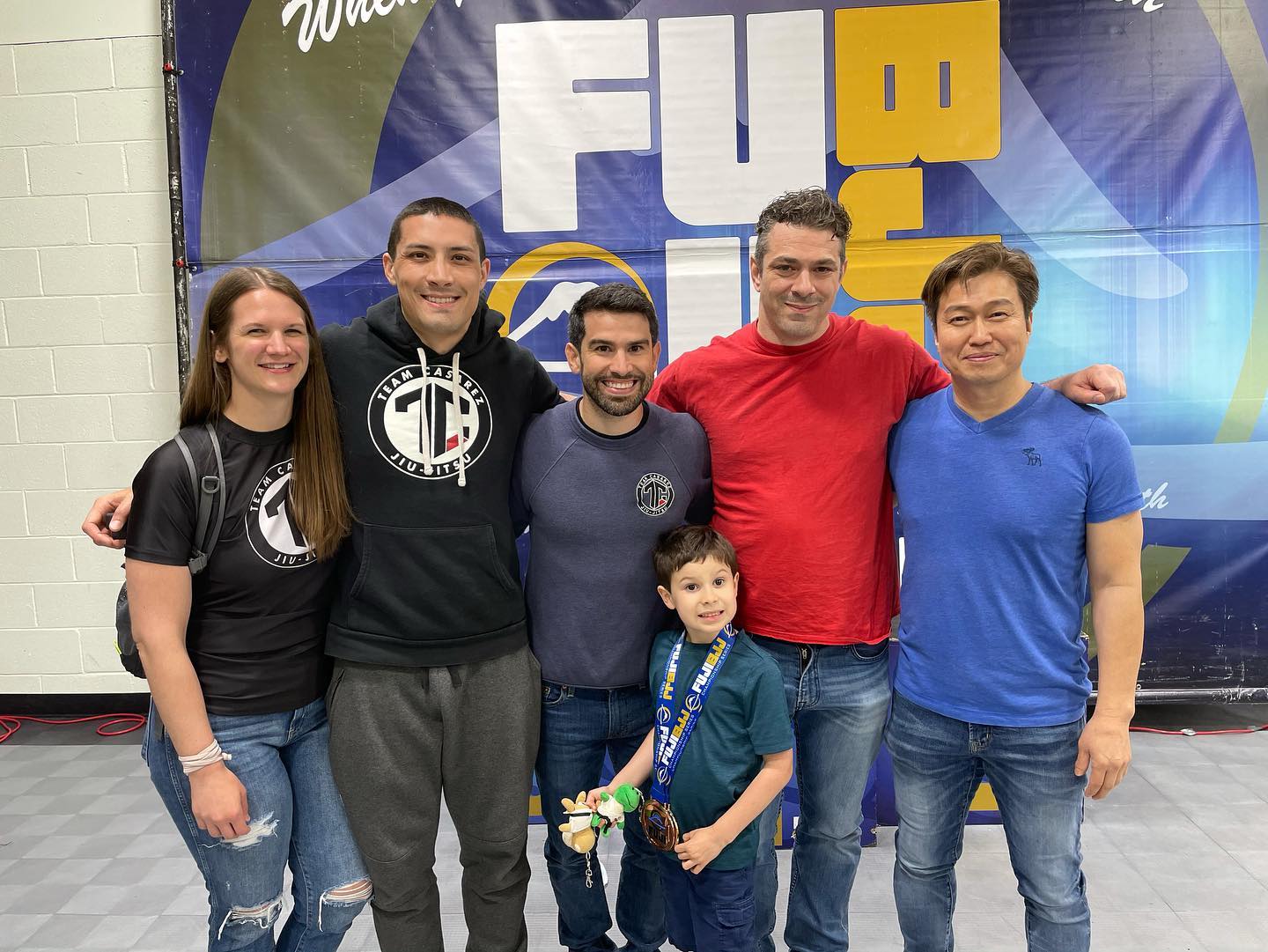 Thank you to Lelani, Jenn, Carl, JD, Brian, Kyle, Aaron and Todd for cheering on the competitors. Jenn brought snacks, Carl recorded footage, and Aaron took the time to post live updates on the Facebook group and share results with the rest of the team who were asking for updates. The energy, encouragement, and support from these teammates helped energize the competitors as they made their way onto the mats.

There were 14 total competitors from Team Casarez at this tournament: Riya, Caike, Ferny, Garrett, Milo, Christian, Mikhael, Adam, Troy, Mike, Sach, Catherine, Thryn, and Frank. For some of these competitors, it was their first time competing. Competition is highly encouraged because it pushes students to challenge themselves mentally and physically. We are so proud of all of these students for deciding to compete. Regardless of any outcomes, competition will always provide helpful insights and lessons into your game. By the end of the day, the students had earned 19 medals among them. 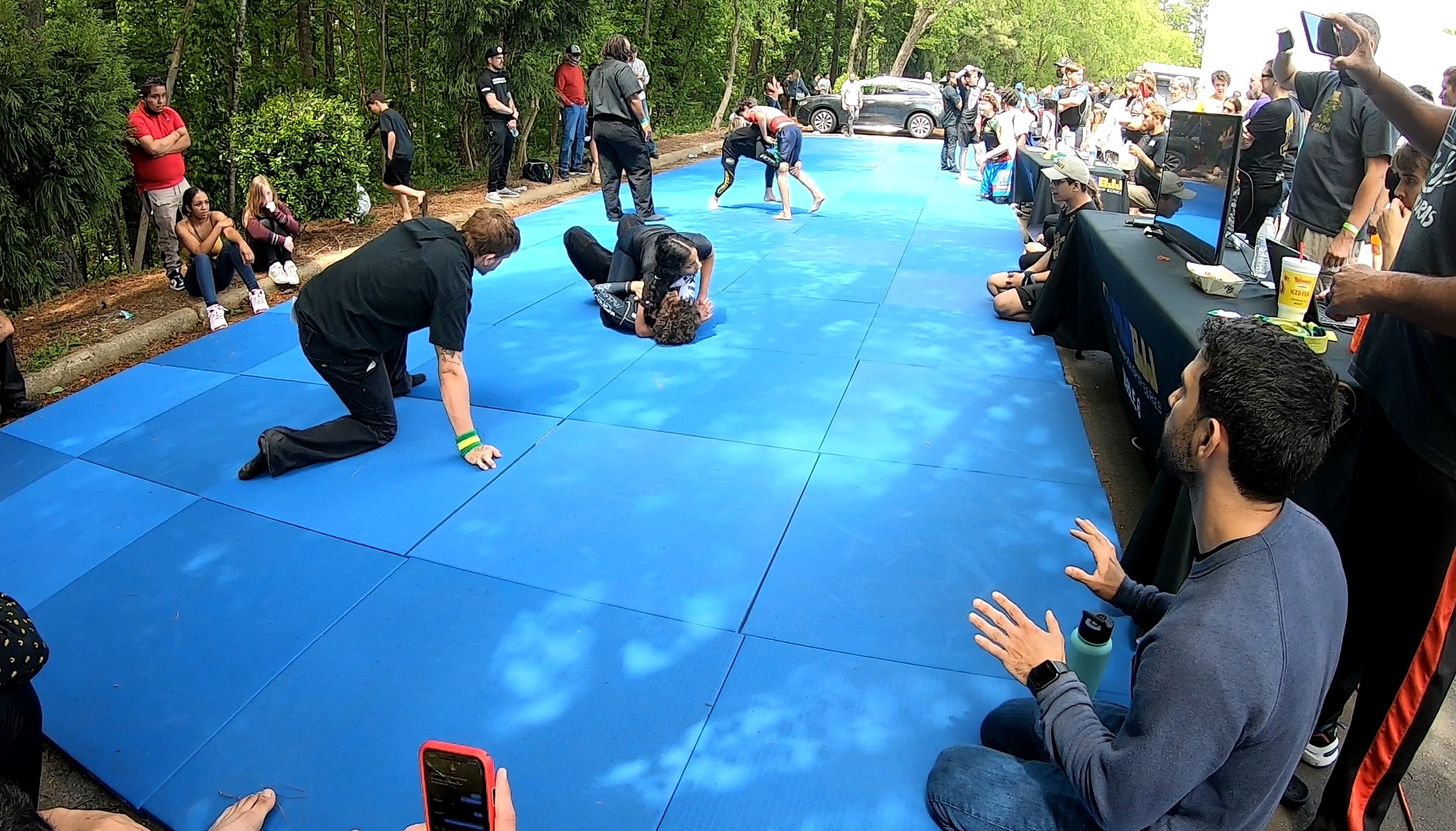 Riya and Caike represented Team Casarez in the youth division. It was Riya’s first tournament, and she demonstrated impressive composure and technique as she submitted some of her opponents. She even went up against boys in her division. Riya placed gold in both Gi and No Gi. It was also Caike’s first tournament and he placed silver and bronze in Gi, and double bronze in No Gi. Both of these students are young and have bright and impressive futures ahead of them. 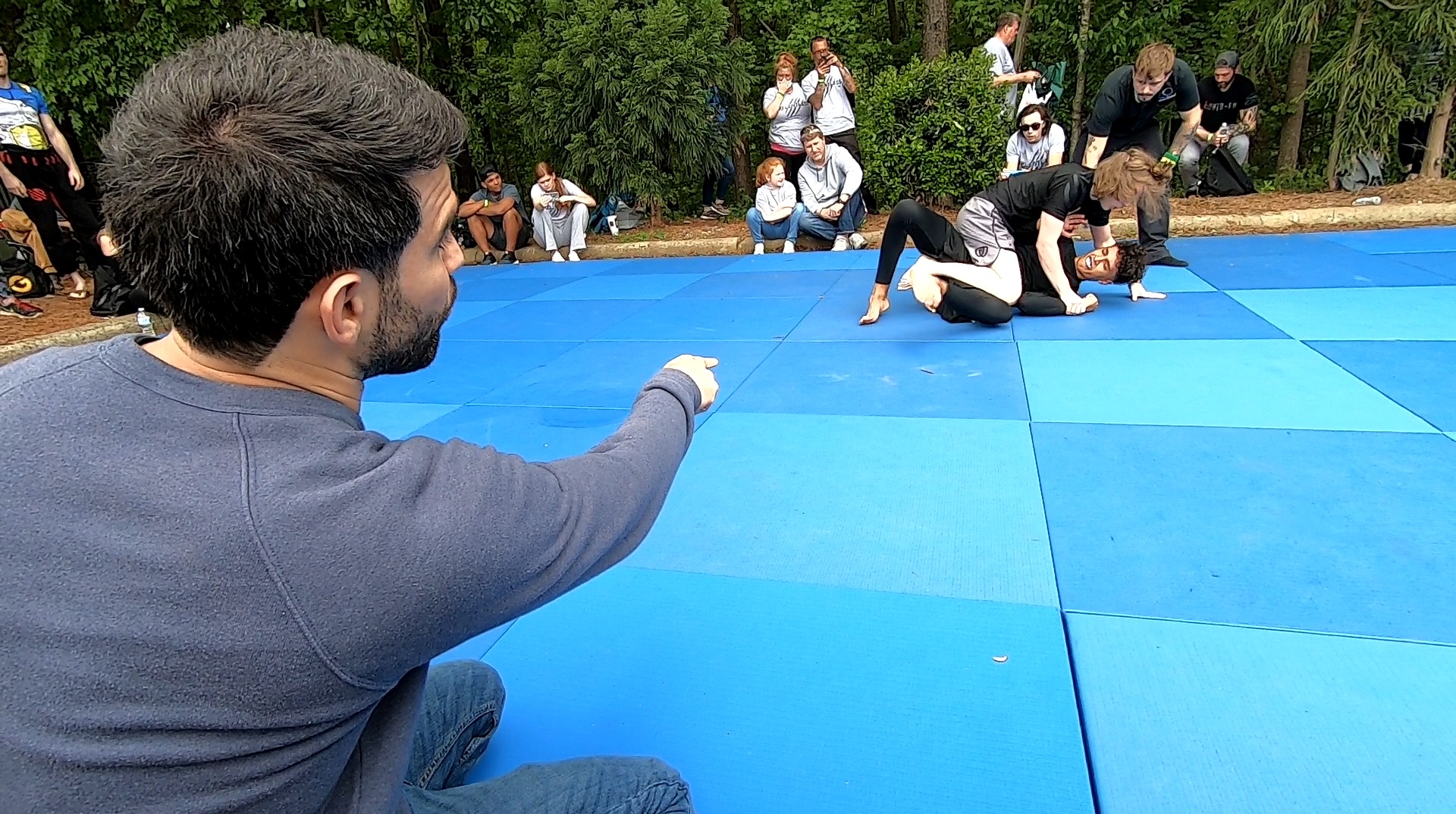 In the adult division, we had 12 competitors: 6 white belts, 4 blue belts, and 2 brown belts.

Of the white belts, Troy earned silver in Gi and No Gi and showcased excellent passing and technique. Catherine won gold in Gi and No Gi and had some impressive take- downs in her matches. Ferny, Milo, Mikhael, and Sach represented the blue belts. Ferny earned gold in the Gi and bronze in the No-Gi. He also had the fastest submission of the tournament with an ankle lock at 9 seconds. Milo also won gold in Gi and bronze in No-Gi. He went up to the advanced division in No-Gi where they allow leg locks and heel hooks. He is only 17 and wanted to challenge himself against the adults. Mikhael won gold in both of his divisions, Gi and No-Gi, and finished all of his opponents by submission. Sach competed in the Gi and won silver. This was  both Sach and Mikhael’s first tournament as blue belts. In the brown belt division, Mike won gold in the Gi and silver in the No-Gi. 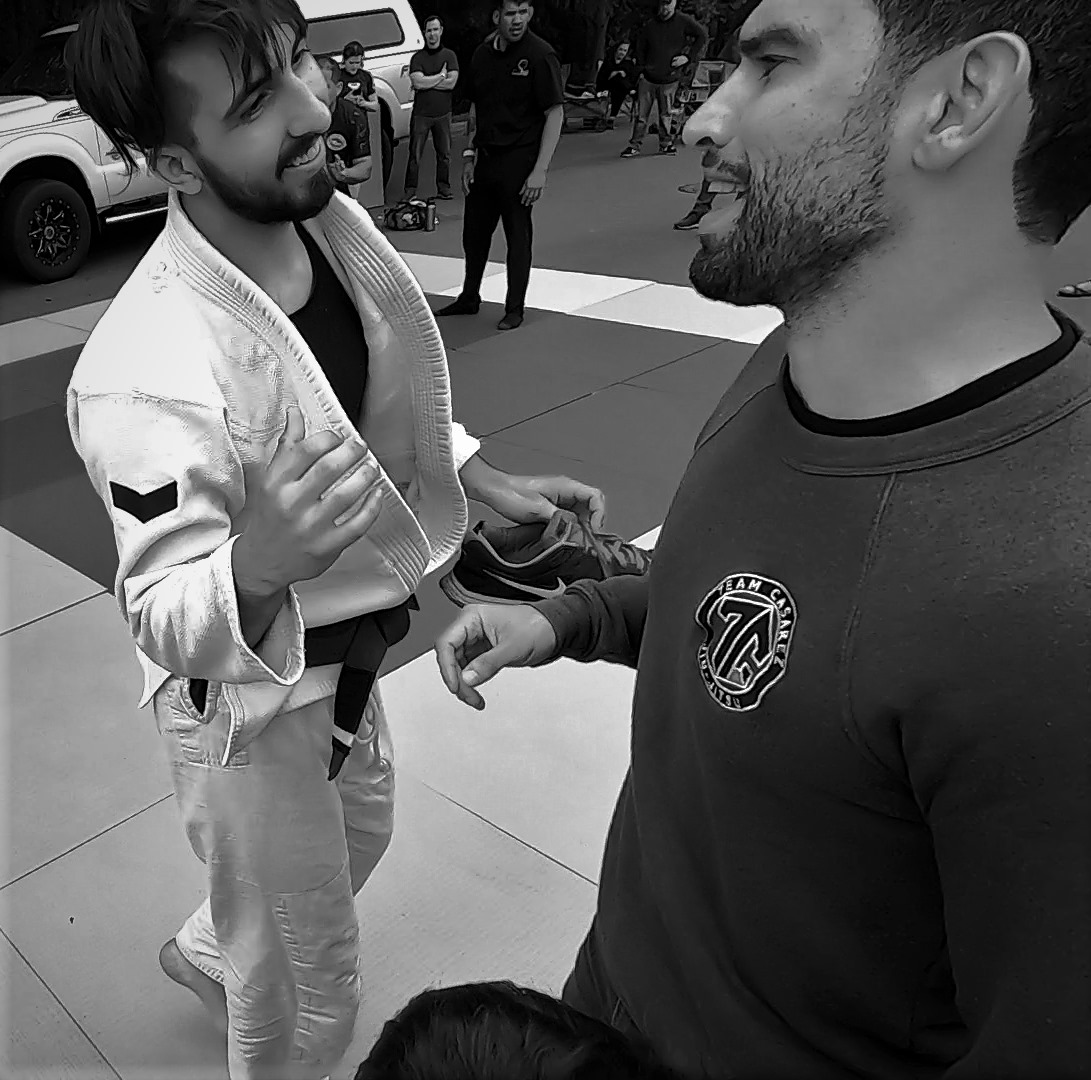 We are so proud of all the competitors who represented the team at this tournament. Competition is a great way to test your jiu jitsu in a high-pressure environment. It is also a great way to pinpoint where improvements can be made in your game. From this tournament, we have learned some essential lessons as a team.

Three main takeaways I want our team to focus on from this tournament are improvements on tactics, mentality, and training volume.

Remember, Jiu-jitsu is a team sport. We win together, we lose together, we train together, and we are in this together. Great job to the whole team on the success at the FUJI tournament on April 25. Let’s get ready for the next one! 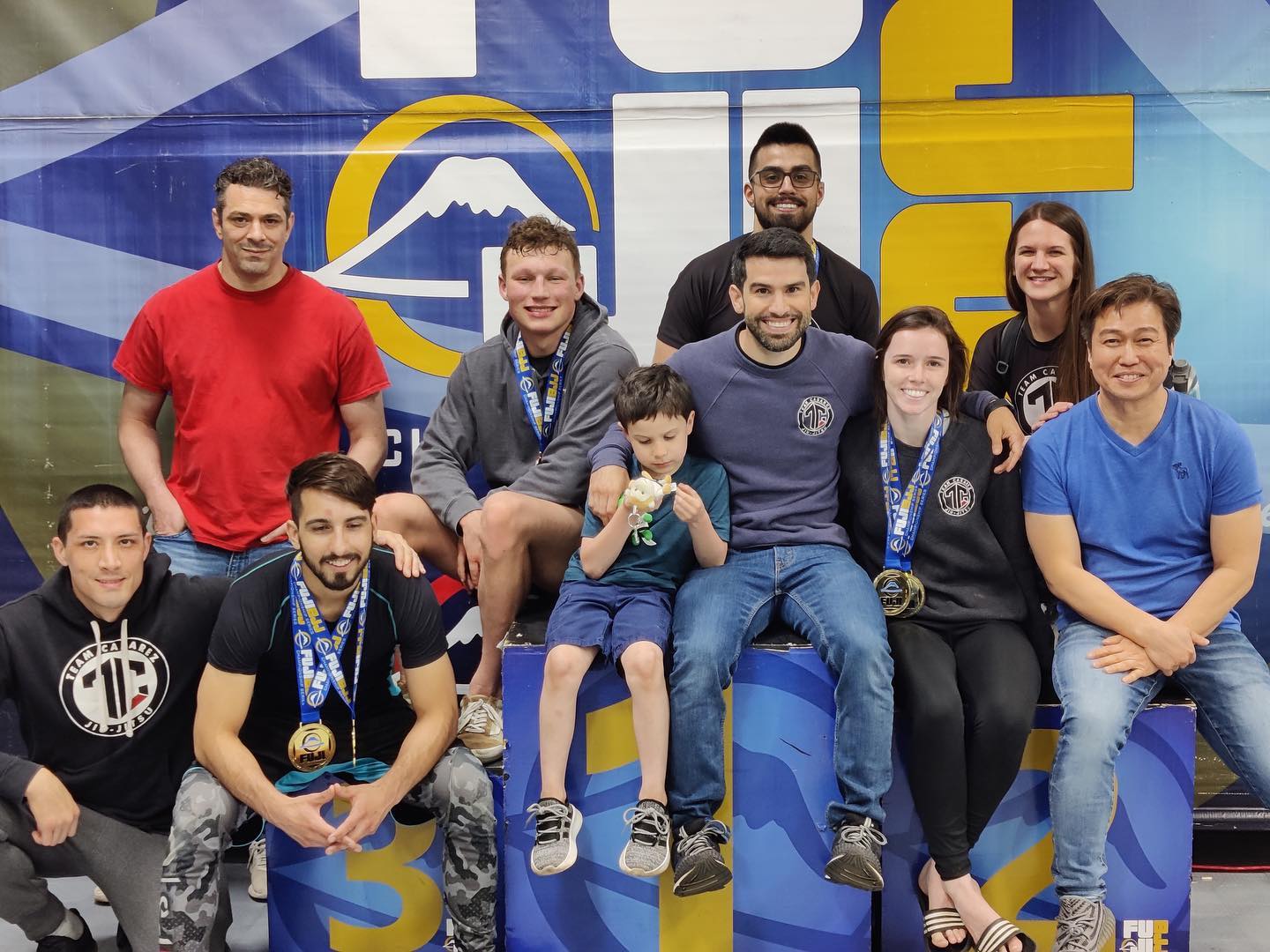