Lucas Lepri and his three students, Dante, Kleber, and Marcelo, visited Team Casarez on May 8, 2021 for the annual Lucas Lepri seminar. Each year, the school invites Lucas to share his latest modern techniques, meet with the students, and lead the celebration for the annual belt ceremony.

Lucas Lepri is a 9X Adult Black Belt World Champion and a world class instructor. He is also the Head of the Lepri Association and the Head Professor of our coach, Tony Casarez. Lucas’ technique and attention to detail have propelled him to the highest levels of the sport. Our students had the opportunity to spend the Saturday afternoon learning these details and asking him questions. 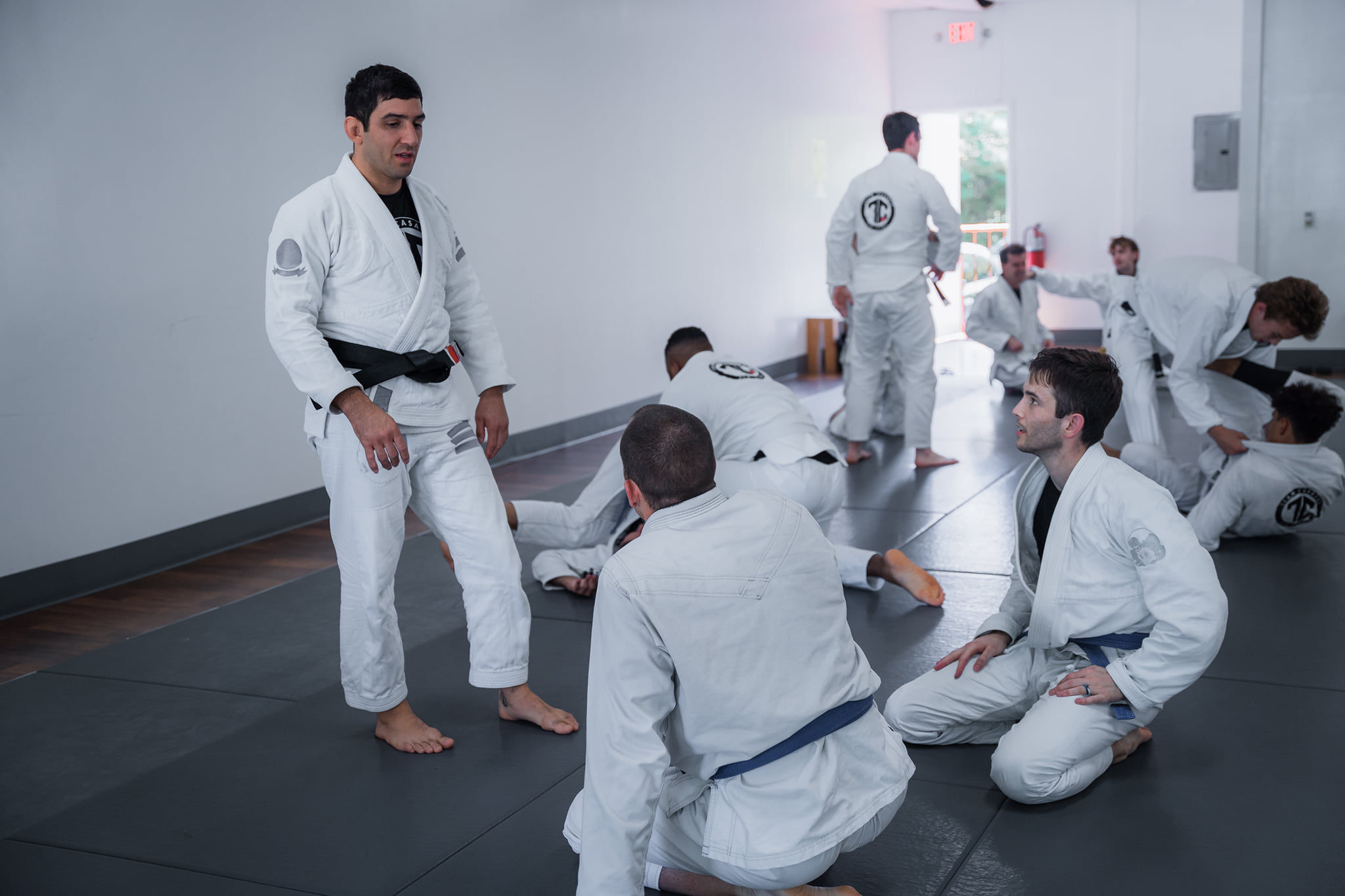 The seminar began with 31 of our students lined up in order of rank. Lucas introduced himself to the school and then jumped right into technique. The next 2 hours were spent covering a series of guard passes that can be used when the opponent has the lasso and de la riva guard.

When passing this type of guard, Lucas stressed the importance of passing the knee across the opponent’s shin, rather than their thigh. This breaks the opponent’s grip on the pants, and allows you to begin passing. When passing, the grip should be on the opponent’s lapel, in line with their collar bone so as to control the shoulder. Lucas also noted that students should aim for their shoulders to be behind their opponents shoulders when passing and their lifted and away. This prevents the opponent from being able to frame. Once the hand that is lasso’d is able to pummel to the outside of the opponent’s leg, then you can come up and begin to establish side control. This is just a brief summary of one of the techniques that Lucas showed, but there were many variations and options that he offered that all of our students practiced. 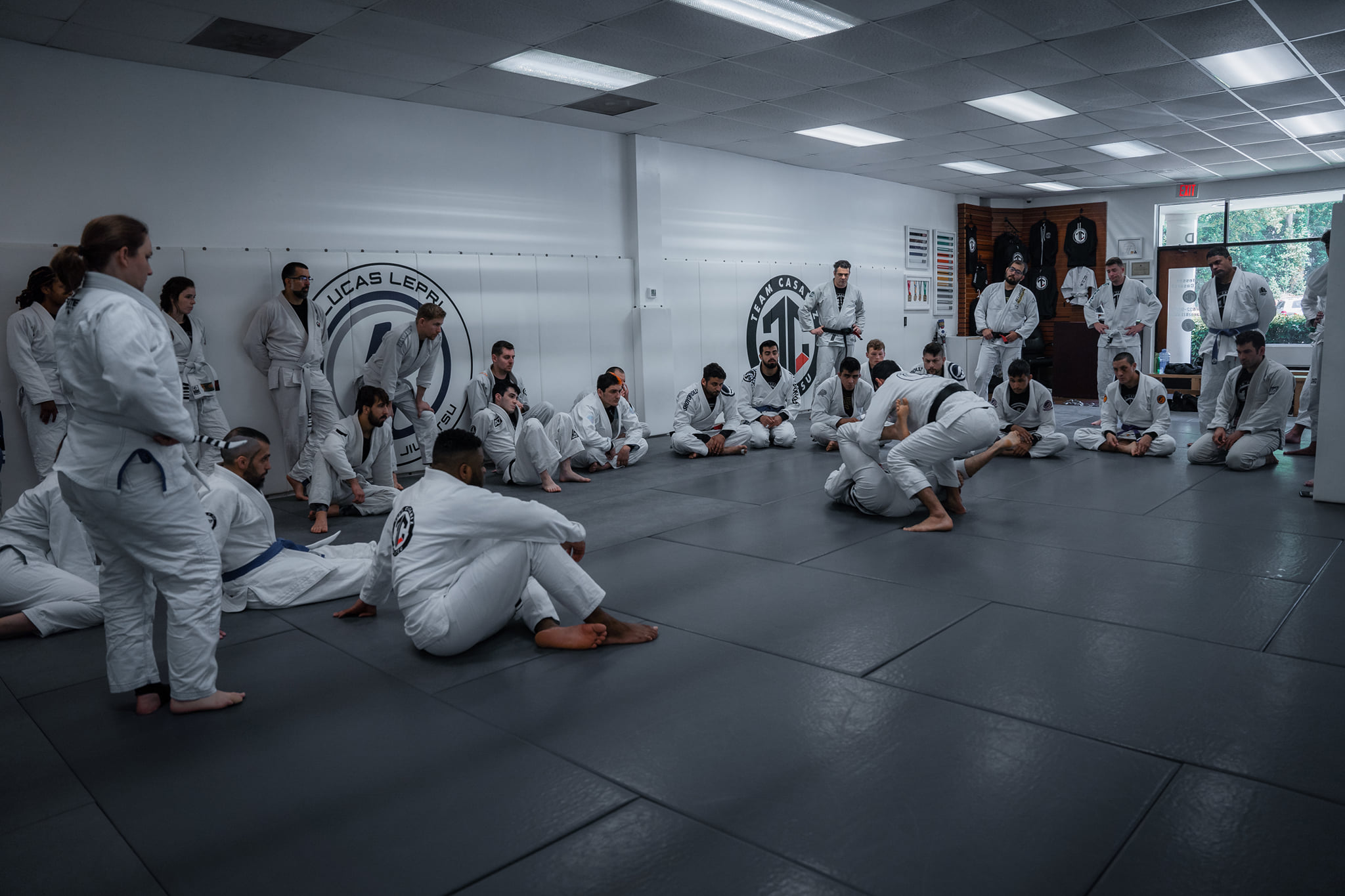 Following the techniques, a belt ceremony took place and 10 students were individually recognized for their hard work and consistency. During this ceremony, Thryn, Brien, David, Mike, Christian and Catherine received their blue belts. Sach, Milo, and Fernie were promoted to purple belt, and Luiz received his First Degree on his black belt. All of these students have been working hard over the past several years to receive their promotions, and we are proud of their dedication to the sport. We are excited to watch their journeys unfold as they begin to practice and compete at these new levels.

Once the belt ceremony was over, students were free to roll, socialize, and enjoy the rest of the Saturday afternoon. Students who were recently promoted took the time to get a couple of rolls in under their new belts. Other students chose to stay just to watch Ted roll with one of Lucas’ brown belts, Marcelo. Lucas and Tony took the time to chat with students, and also to record a technique for the YouTube Channel. Be sure to keep an eye out for this technique which will be released shortly!

The seminar was a great success, and we are very honored and grateful to have had Lucas visit the school and share his knowledge with us. Thank you to all of the students who attended the seminar and helped to make the day special.

We look forward to another great seminar next year! 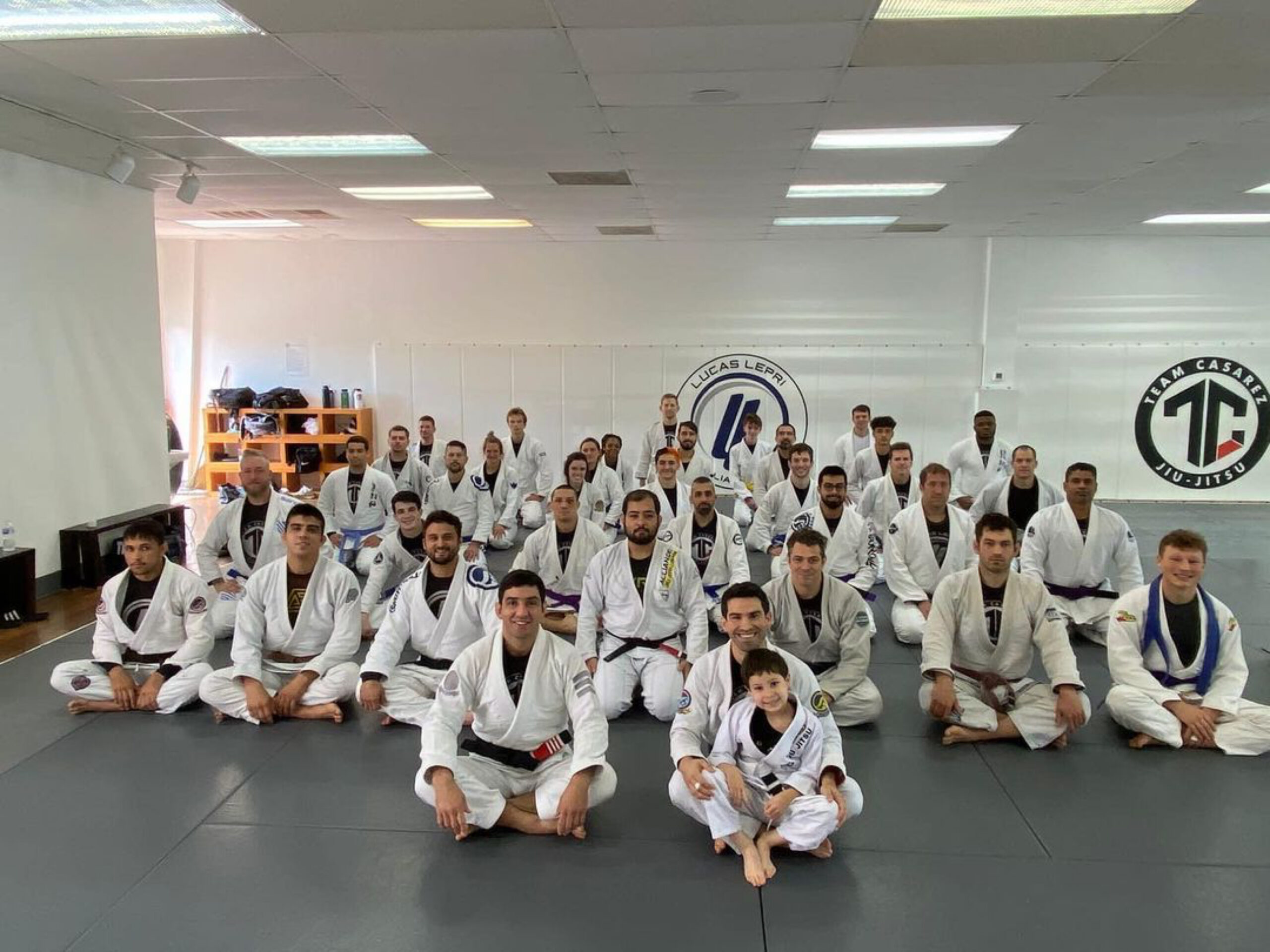