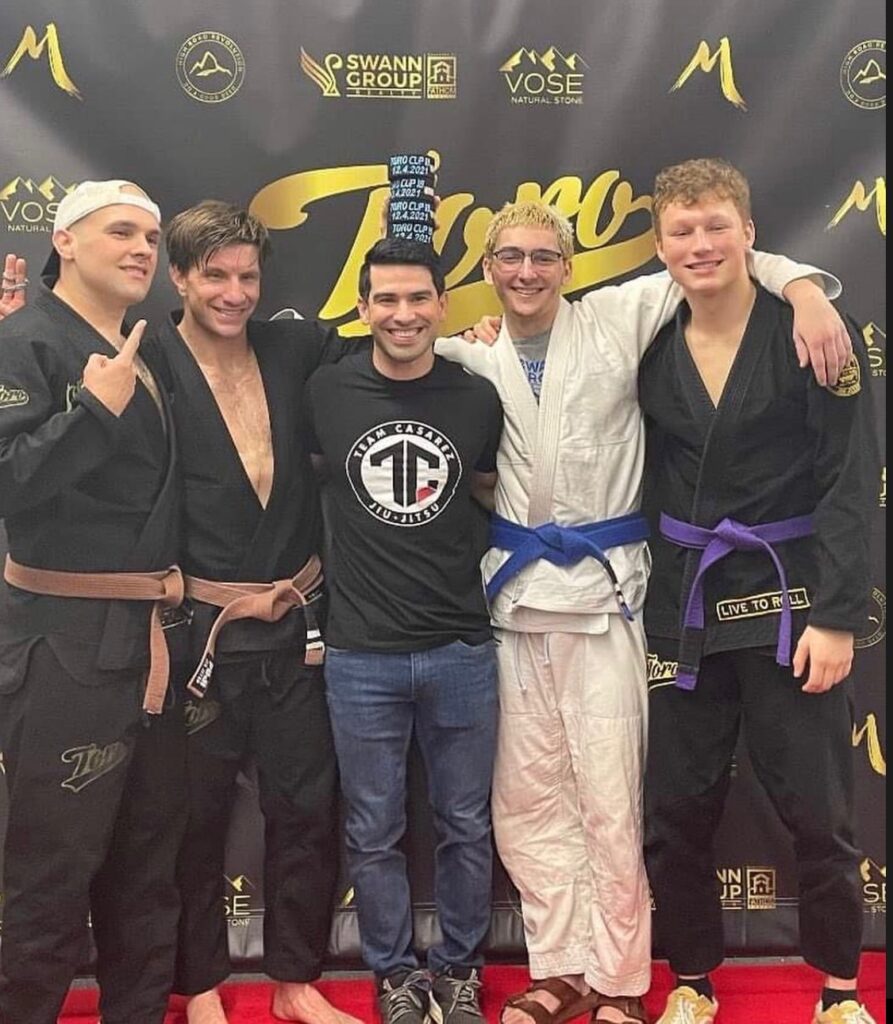 The Toro Cup is a Super Fight hosted by Cageside and Toro BJJ that invites competitors from blue to black belt to compete. The Super Fights are highly competitive and intense matches. The Toro Cup also donates 50% of the proceeds to an important cause.

In the case of Toro Cup 18, the proceeds were donated to Trevor Hayes, to aid with medical bills and a stroke. We are proud to be a part of this event, for the support that it provides to the community and the competition it offers to my students.

We had four students compete in the Toro Cup 18. Two brown belts, Kevin and Mike, one purple belt, Milo, and one blue belt, Christian. All of these students have been training with me for years, and I felt very confident that their preparation and training would lead to successful victories. All of my students won their matches, 3 by submissions and 1 by points.

Kevin was offered the match at Toro Cup two weeks before the event, which means that a lot of his preparation was due to his consistency and hard work in the months leading up to the fight. Kevin’s game plan going into this fight was to change it up from his previous matches and really impose his game on his opponent – starting off with an initial takedown. Even though the takedown was not successful, he immediately adjusted to pulling guard and worked toward sweeping his opponent. At one point when his opponent was in the process of passing, Kevin snuck in a loop choke. When his opponent fought the choke, Kevin sat up, secured a leg, and took his opponent down, with the choke still in place. The opponent was not able to get free of the loop choke, and the match ended in a submission.

When asked how he prepared for the match, Kevin says that he was lifting 3-4 times a week and in the gym anywhere from 2-5 times a week. He also watched some footage of his opponent to prepare for his opponent’s game. He knew that his opponent liked to pass with his head low and hips high, which is typically a very successful and strategic way to pass. In this case, though, it was the perfect setup for the loop choke.

Looking ahead, Kevin will be competing in the FUJI Raleigh tournament on January 16.

You can watch the full Live post-match interview with Kevin here.

I also breakdown his match on the YouTube Channel, going through step by step what he did well and what he can work on. I encourage you to check out to see what you can learn from it! 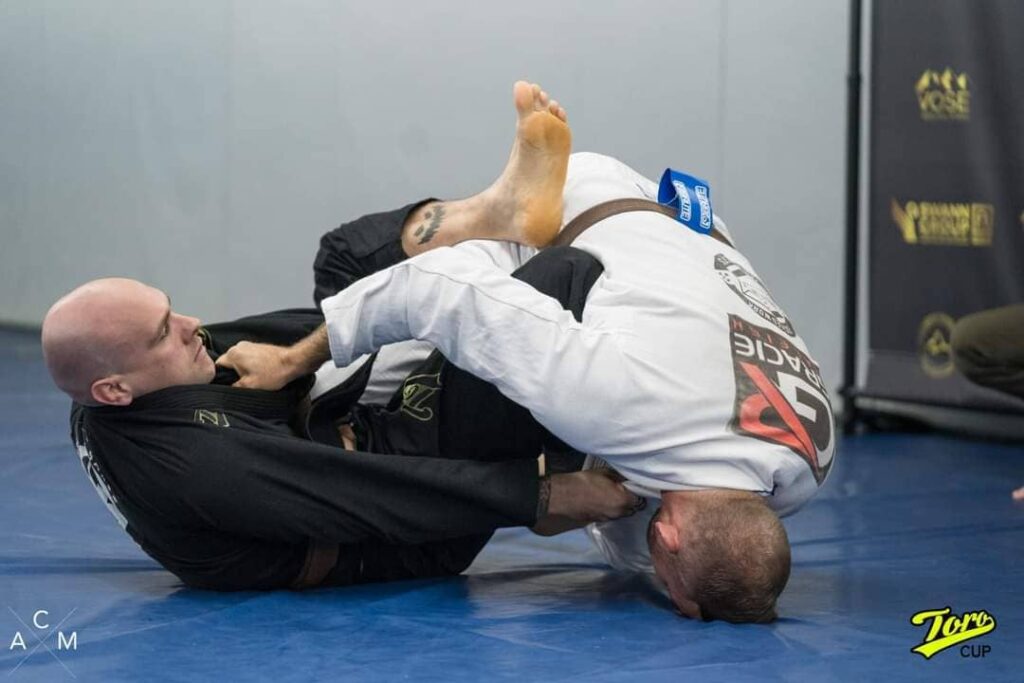 Milo took this match with a 2 day notice, which says a lot because competitors will usually spend weeks or months preparing for these matches. Milo’s training has been consistent and intentional, so he felt confident and prepared to take on his opponent, even with the two days notice.
It also helped that Milo competed against this opponent in the Tap Cancer Out tournament in September. He knew that his opponent was experienced in Judo, so his game plan was to pull guard, because he did not want to engage in his opponent’s stand up game. After pulling guard, Milo swept his opponent and then submitted him with a Bread Cutter choke.

When asked how he stays prepared for these kinds of matches on such short notice, Milo said that he tries to stay as consistent as possible. Mondays and Wednesdays are non-negotiables, and he will try to make it on Saturdays as well.

This is especially important, and a key point that I have been trying to stress to my students recently.

While Milo does not have any upcoming tournaments lined up as of yet, he feels very confident following this match and has plans to compete regularly in 2022. 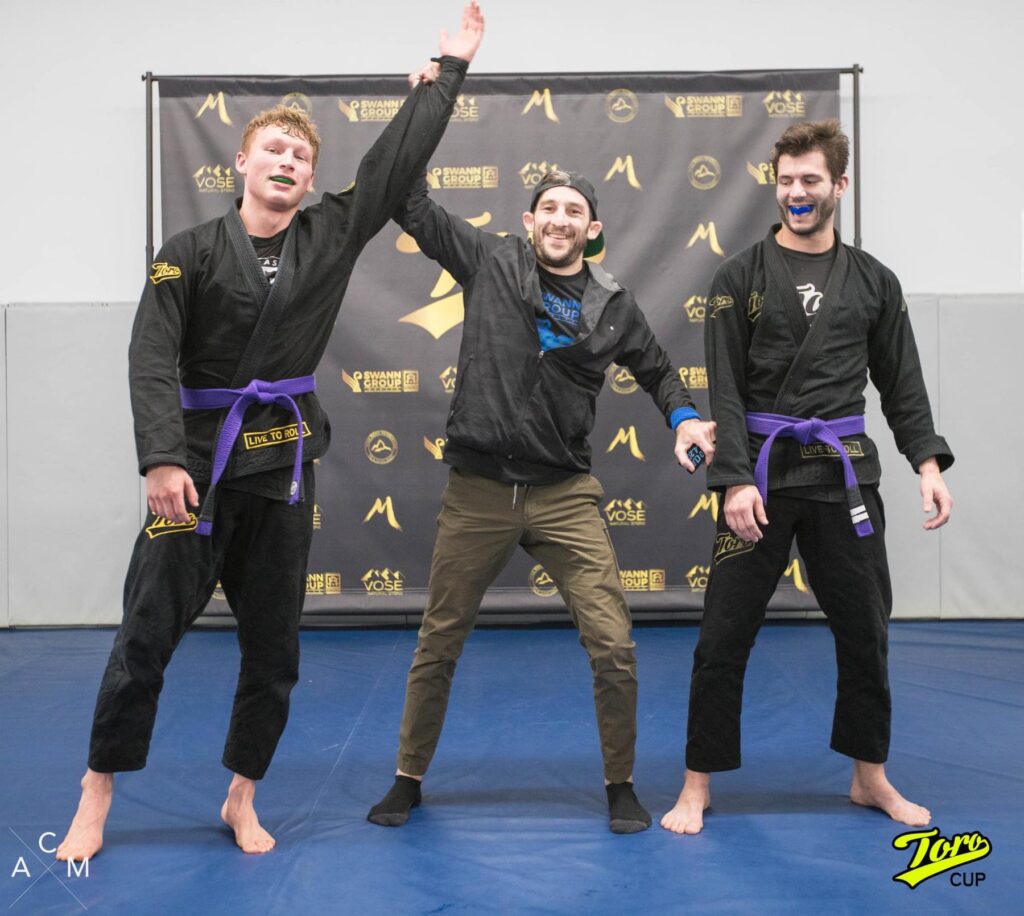 Christian is one of my most consistent students, he is always at the gym helping his friends with their technique or challenging himself against other students. To prepare for this tournament, Christian says that he was lifting 1-2 months before the tournament, and committing to extra rounds in the gym to keep his cardio up. In the week leading up to the tournament, he toned down the training, still coming in to “keep the blood moving”, but not enough to wear him out or injure himself.

His plan going into this Super Fight was to pull guard and establish a strong de la riva, which is his most confident guard. Ultimately, his guard was passed and his opponent took his back. Christian showed great composure even in this position. He stayed calm, which helped him notice that his opponent’s feet were almost crossed. This is a day 1 lesson that we teach students – do not cross your feet when you have the back! Christian moves his opponent’s foot so that it is directly crossed, and then sinks in a deep foot lock which leads to the submission.

Christian’s goal is to continue improving in jiu jitsu, and he sees competition as an opportunity to highlight his flaws and test his strengths. His plan is to continue competing as much as he can so that he can continue to improve. 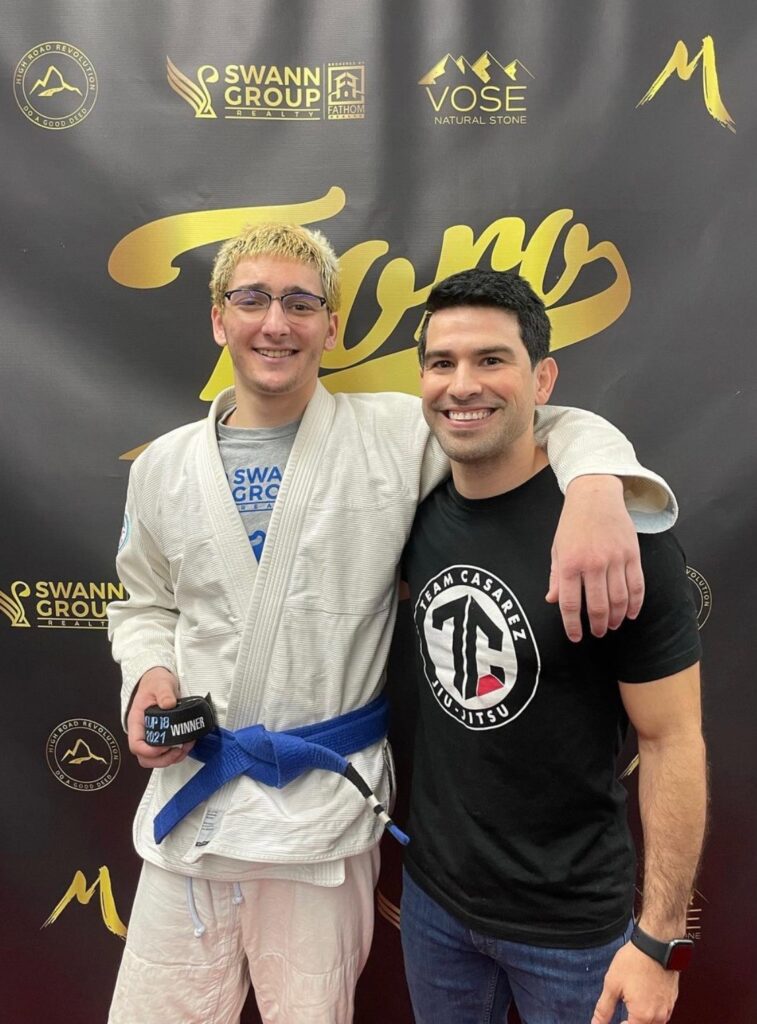 Every now and then, it comes down to who wants it more? It was obvious from the first couple seconds of Mike’s match that he wanted this win. His opponent was making faces, not taking the match seriously, and taunting Mike. Mike was all focus, and it paid off when Mike secured the win. He showed incredible technique, discipline, pacing, and patience during this match. It was evident from the very beginning who was going to win.

He was coming into this Super Fight after winning first place at the NAGA tournament in Charlotte on November 13. His confidence and hunger to win again was very high, and you could tell from the way he fought and how he approached the match.

Jiu Jitsu is not just a physical game, but a mental game too. In fact, I would argue it is more important to be mentally prepared than physically prepared. If you are in great physical shape, but you have no mental strength, you will not last a match or push yourself when the time comes to go for gold.

Mike has been making his mental health a priority in preparing for his matches, and it is paying off and becoming very evident in his success. He dominated his opponent during this match, ultimately winning by points.

Mike’s plan going forward is to continue building on his success by pushing himself through competition in the 2022 year. 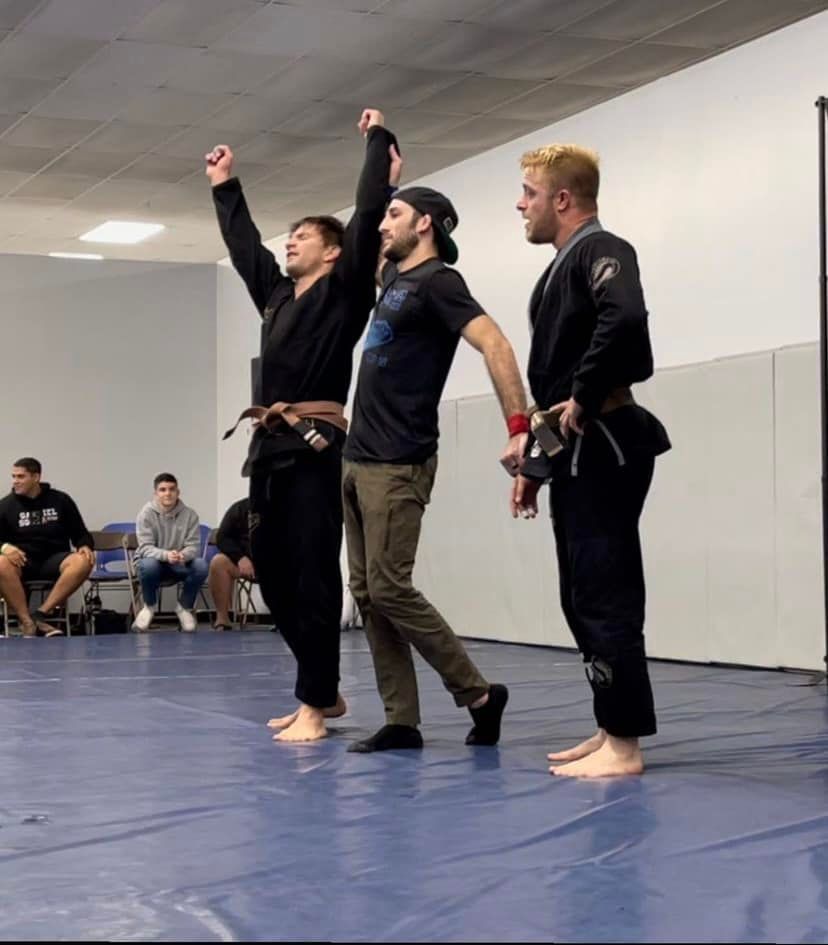 The Toro Cup 18 was a huge success for Team Casarez, and we are excited to continue participating in the event in the future. The next Toro Cup will be February 5, 2022. It will also be held to raise money for someone in need in the community. Look out for Live videos and interviews on our social media accounts: