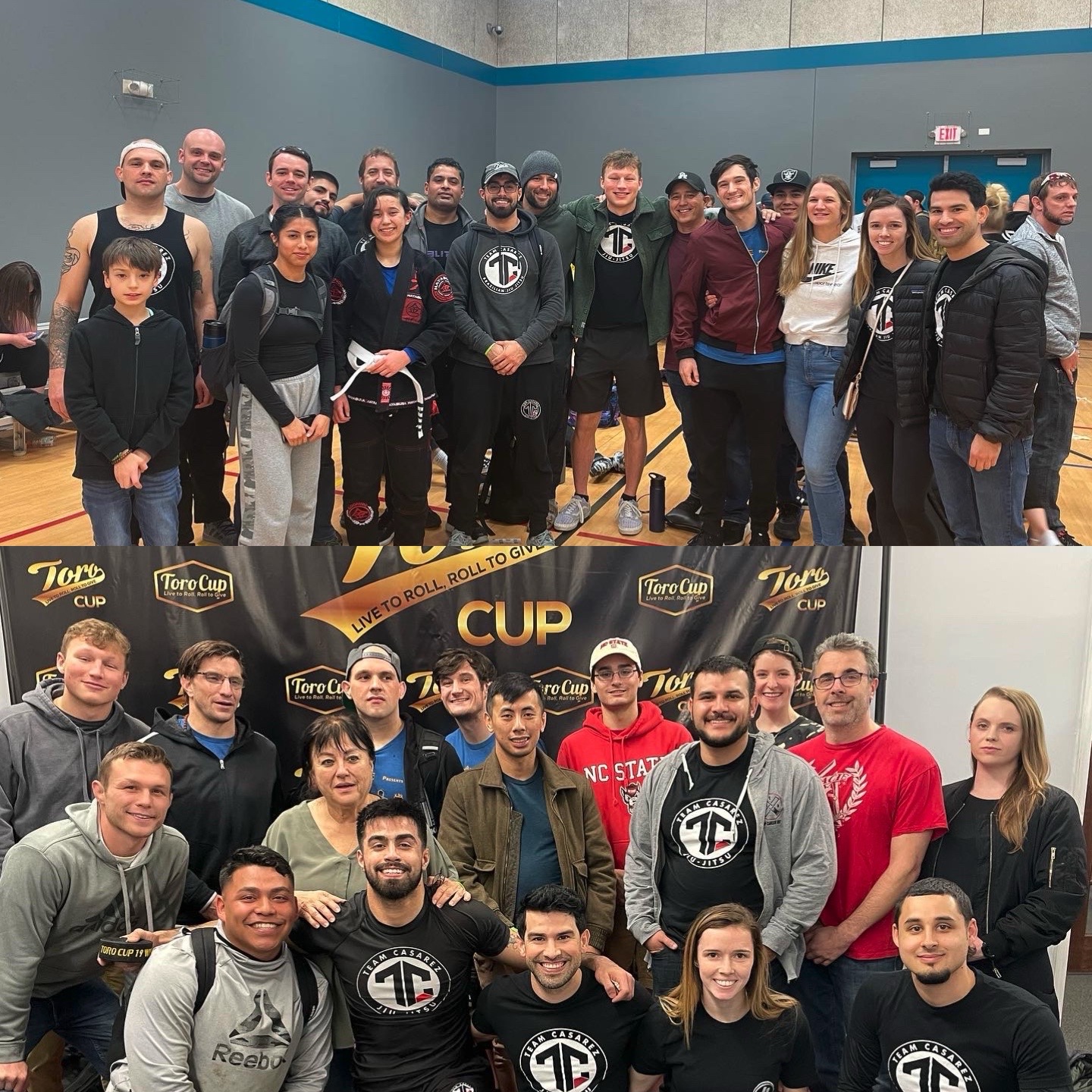 This weekend was a busy one for Jiu Jitsu in Raleigh!

Between the Toro Cup 19 on Saturday and the FUJI Raleigh Winter Championship on Sunday, our students and coaches spent the whole weekend on or around the mats.

We had four students compete in superfights for the Toro Cup 19. These superfights are highly competitive and exciting. They require intense physical and mental preparation.

For this Toro Cup specifically, our students were encouraged to focus on their mental game. The four competitors were asked to read the book, “With Winning In Mind”. It covers techniques and strategies to master the mental game before a match. The mental game is often overlooked, but 90% of performance is dependent on the mental game.

Troy and Ferny made their Toro Cup debut, competing for the first time in the superfight event.

Troy submitted his opponent only a few short minutes into the match via Triangle Choke.

Ferny executed his game plan perfectly, initiating the fight with multiple takedowns and avoiding leg locks from his opponent by long stepping and passing guard. He won by points in the end.

Mike and Kevin had both competed in the Toro Cup previously, both coming off of wins in the last event. Mike had a great performance this go around, but had a tactical error in the end that cost him to lose by points. Kevin also lost his match to his opponent.

As we say at Team Casarez, “we win together, we lose together”. We learn from these losses and will go back to the lab as a team to make adjustments and improvements for future matches.

The Toro Cup 19 was very exciting and entertaining, featuring fights from seasoned competitors such as Gabriel Sousa and Deandre Corbe. At the end of the event, Professor Tony Casarez had the opportunity to interview Gabriel Sousa on his preparation, performance, and plans for the future.

The next morning, some of our other students were on the mats as they competed in the FUJI Raleigh Winter Championship. We had 8 competitors total at this event, 3 of which were in the kids divisions.

Gabriel, from our kids program, had a very successful day. He won many of his matches by submission, and brought home 2 gold medals.

Professor Tony Casarez reviewed the main takeaways and concepts that we need to work on after watching the matches this past weekend with the 50 students who showed up to the Monday night class. We will continue to review and practice these concepts throughout this week.

Looking ahead, here are some of the upcoming events at the gym: